In this article, we’re going to talk about the BenQ TH671ST – what we found to be among the best gaming projectors currently available on the market. After comparing literally hundreds of projectors with each other and evaluating how good they were based on their cost, the quality of the image they produced, and their brand’s trustworthiness this one really stood out for us.

This is our BenQ TH671ST Review, and everything you read from here on in is our own views and opinions. Some people may want to just go out and buy the most expensive projector they can, but there really is no need.

If you’re looking for a projector to use while gaming, and you want the best of the best, without breaking the bank, then keep reading…

This projector has been made for gamers, plain and simple, but that doesn’t mean that’s the only people it’s for. If you’re looking for a home theatre system or something to deliver work presentations on, this will work great for that too.

With 1080p resolution and a 3000-ANSI lumen rating, the picture it creates is crystal clear and sharp. The color is also bright and clear, producing a great picture for both movies and games.

What makes it stand out for gamers though is the 16.4 ms input lag that it has. This means there’s no delay in the picture you’re seeing and the game you’re playing. So less lag, more accuracy and ultimately a much better gaming experience.

On top of that, it weighs less than 6 pounds, great if you want something portable that you can take around with you to different spots.

Another feature that makes the BenQ TH671ST stand out is its combination of a short throw lens that also has a 1.2x zoom.

Short lens projectors are great. They mean you don’t need a huge space to set your projector up in, but instead can put it close to the screen and still get a huge image even when you’re in a small space. This is perfect if you live in a dorm setting or have a smaller living space. The ability to zoom means you don’t have to fiddle around with the placement of the projector so much. Simply put it down and adjust the zoom till you get the size of the image that you want. So less time spent messing around with the projectors position and more time you can spend gaming and enjoying the great images that it produces.

What we liked about it

There’s no doubt as to why these guys have gotten so popular so quickly when you look at the different features they have. Most of the projectors we have come across are either only good for movies or only good for gaming, but because of the techs in the BenQ TH671ST it’s great for both.

We were a bit blown away by some of the specs it has, so let’s give you a quick rundown of some of the best bits…

We love that this projector has almost everything: great picture, great brightness, strong zoom ability, every connection port you can imagine, and it’s light and small too. But they missed one element, which depending on who you are can be a real deal breaker.

Some other sweet features

If you’re still unsure about the TH671ST, then another projector that really stood out for us was the Optoma GT1080.

Now there’s lots of reasons why we love the TH671ST – it’s well designed, well built and has some great features too. But more than that is the value for money that is has. There aren’t that many projectors under $1000 with the same specs the TH671ST provides.

The strongest alternative to this projector is the Optoma GT1080. It costs marginally more, but you get a little bit more too.

It has the same 3000 lumens and HD 1080p resolution as the TH671ST but its contrast ratio is considerably more at 28,000 to 1. This means that if you’re playing a game that’s set in a dark environment it will show up clearer and more detailed. If you tend to play lighter games like FIFA or Skyrim this won’t make too much of a difference but if you like zombie and horror games this can be a pretty nice feature.

The picture it produces is even better because of a top of the range, next generation processor that it has inbuilt. This makes the depth and textures of the graphics pretty damn incredible. But, to be honest, once the graphics get as good as they are in the TH671ST any improvements further than that are barely visible to the human eye.

Similarly to the TH671ST, it can’t be connected with a USB stick but it does have multiple HDMI ports so you can easily connect any games console, computer, Google Chromecast, or any other HDMI device.

The size of image, and distance of projection, for both projectors is also the same at 100 inches and 3.5 feet.

The real improvement on the GT1080 though is the input lag which is slightly faster (by 0.4ms) than the TH671ST. At 16ms this is one of the quickest input lags that any projector we’ve come across has had.

That’s just a quick overview of some of the best features, but there was a couple of things about it which again makes us prefer the TH671ST.

Secondly, is how long the lamp life is. Even on energy saving mode the lamp will only last about 8000 hours, which is almost half as long as the lamp life for a TH671ST. Lamps aren’t cheap, and with the projector costing more in the first place too we just don’t think that extra 0.4ms of lag time is worth the extra cost.

Having said that, they’re both crazily good projectors and we don’t imagine that you or anyone would be disappointed with either of them.

It truly is incredible how much more advanced projectors now are compared to ten years ago. Back then using projectors for gaming had some pretty serious flaws. Unless you wanted to pay thousands of dollars the lag time would be too high and you’d end up glitching out of most of the games you played.

Well wow, we’re glad that that’s no longer the case. Playing call of duty on a 100 inch screen, with smooth seamless gameplay is nothing short of fantastic.

The TH671ST isn’t cheap. It’s might burn a bit of a hole in your pocket, but it’s also great value for money when you look at what you get and you’ll also have it for years and years. During that time your movie and gaming experiences will be completely revolutionized. 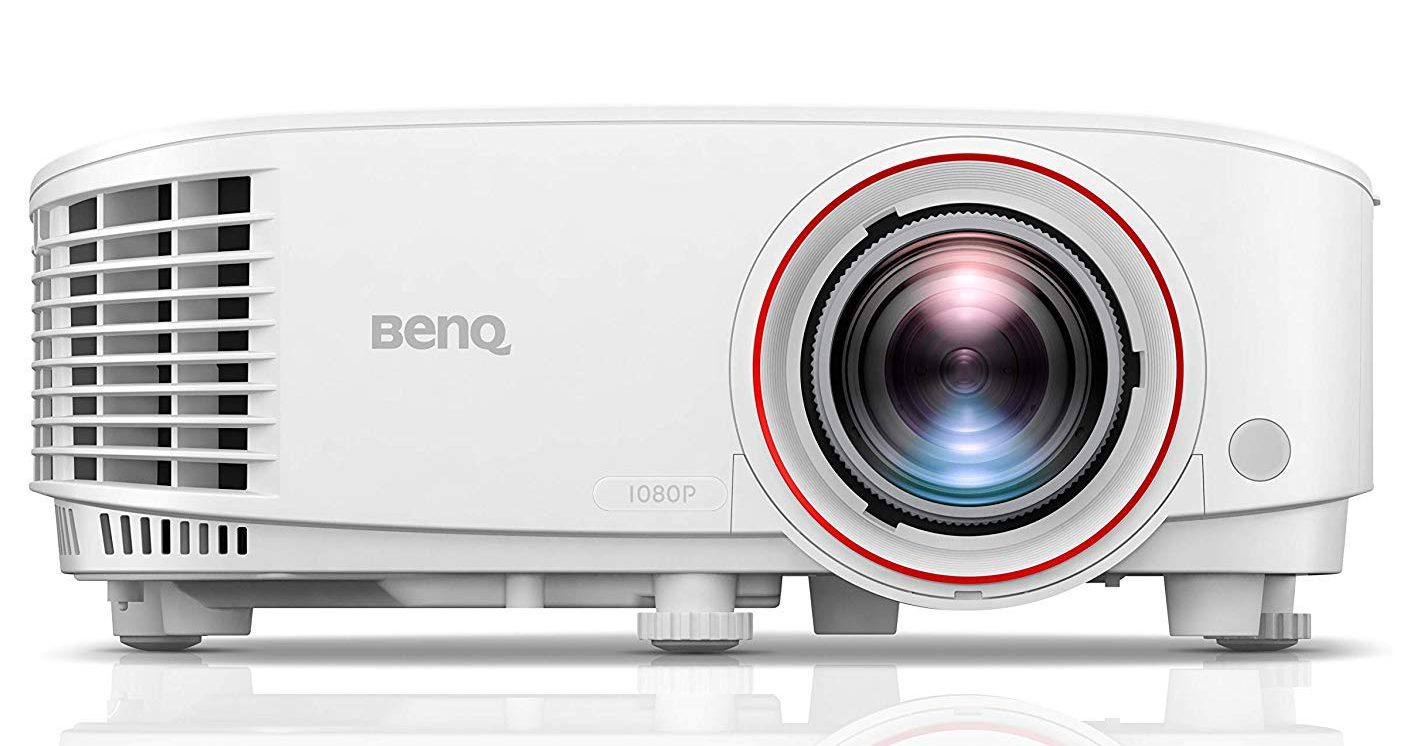 It’s hard to explain how much of a difference having such a crisp, high quality image makes to your gaming experience, but it really does make a hell of a lot of difference. With the incredibly impressive lifespan of its bulbs and the whopping 3-year warranty that comes with it as well, you can understand why the BenQ TH671ST is among the popular options around.

Next Post: BenQ HT3050 Review – Enjoy Your Next Movie Night in Style